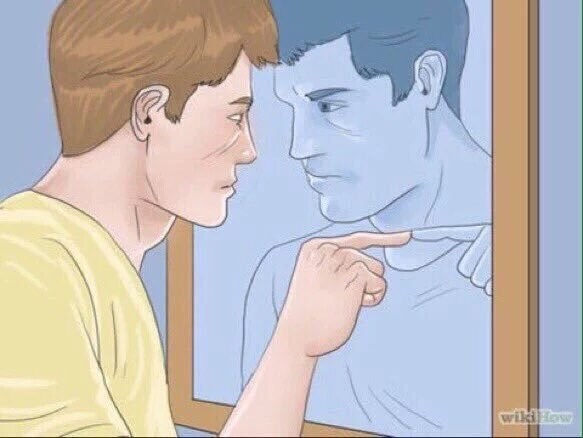 When we start philosophizing about something, we usually have some paradigm cases of the phenomenon in mind. Say you want to know what love is. It helps to start with the most central cases: romantic love, familial love, love for friends. Borderline cases, or examples involving a kind of loose or derivative notion of love (like the love you might have for a particular food), can distract you from a good analysis. Start with the hard core of the concept, and later on you can say what the derivative, looser examples are derivative of.

A lot of philosophers assume that, when you take this kind of methodological approach, a theory’s success depends on how it fares with those central cases. If a theory can explain romantic love, but not the love between friends or family members, then that theory is incomplete. Whatever the theory has going for it, it’s not wholly satisfactory. Back to the drawing board.

I’m no expert on philosophy of love. Like a lot of people with philosophy backgrounds, my knowledge of the philosophy on love pretty much begins and ends with Plato’s Symposium. I read the Symposium not long ago (for the first time in probably a decade) because I thought of including a section on love in my intro course, and, well, why not go with the Old Master? I had fun reading it, but decided to assign 1000-Word Philosophy’s introduction instead. (Good call, it turns out.)

Asking the question this way tells you from the start what philosophers of love take to be the hard core of their target concept: love of your nearest and dearest, be they kith, kin, or romantic interest.

But one person is left out of this group of potential beloveds: your self. As Jon Kabat-Zinn puts it, “Wherever you go, there you are.” Awful yet true: you spend more time with yourself than you do with anyone else. Could anyone be nearer to you than that?

Everyone’s love for themselves is often taken for granted, but I agree with the philosopher Bishop Joseph Butler that most of us do not really love ourselves enough, and that’s one of the biggest problems with the world. And Butler’s view (more here) is reflected in the words of that other great moralist, Groucho Marx, who declared that he would never want to be a part of any club that would have someone like him as a member.

Self-love is possible, but is not a given. Some people love themselves, and some don’t. It’s easy to mistake self-love for mere selfishness and the pursuit of one’s cravings or mere self-indulgence, but again, I think Butler is right to distinguish them.

Given all this, I don’t think self-love is a kind of derivative or degenerate example of love. I think it belongs in the core of the concept; self-love ought to be paradigmatic. So a month ago, as I discussed Felipe Pereira’s 1000WP essay with my students, it struck me how absent it is from the discussion. And turning to Bennett Helm’s article for the Stanford Encyclopedia of Philosophy, we find the same thing: no mention at all of self-love as a core example of love. (Another problem: Helm suggests that love for a cat or dog might be deficient in some way and not part of the concept’s core. Speak for yourself, man.)

Anyway, that’s a problem, because many accounts take it for granted that love is a relation between distinct people. With that assumption in place, many accounts render self-love a trivial, empty, logical non-accomplishment.

Consider the view that love is about forming a substantive “us.” I like this account. One of my philosophical heroes, Margaret Gilbert, endorses this sort of view. When two people love each other, their relationship is more than the sum of its partners. People in love form a real unity, something that exists “over and above” the individuals.

Maybe there’s something to this, but the focus on union between distinct people leaves out love for oneself. I’m already unified with myself. Barring some vacation from the indiscernibility of identicals, I’m always me, so I’m trivially unified with myself. If self-love is love properly so-called, and a necessary condition for love is the formation of a union (or desire to do so) with the beloved, then everyone, just by being self-identical, meets that necessary condition for self-love.

This is a problem. Self-love is not trivial; some people positively despise themselves. But let’s imagine a guy, Groucho, who usually likes himself just fine, reliably responds to his own needs, but doesn’t love himself. (I think Butler takes this to be a fairly common attitude.) Well, Groucho shares all the same concerns with himself. Everything that feeds into his well-being also feeds into the well-being of…well…Groucho. He is identical with Groucho, just like every other person, every other entity, is self-identical. If love just consists in the kind of union of two people, the pooling together of wills, then Groucho must love himself, because surely he is in just that kind of union with himself. But he doesn’t love himself. Mere self-identity (literally just being the same guy) can’t be enough for self-love. It’s not that easy.

There would also be the issue of properly characterizing how self-love would look on the union account. If a loving relationship must be, in some sense, something more than the sum of its partners, then a person who loves themself is also, in that same sense, more than themself, or something “over and above” themself. Applying the union account to self-love gets us a result that’s hard to accept.

The union view isn’t the only theory of love on offer, and I don’t want to give the impression that I’m attempting a full-blown refutation here. I just think it’s an issue. Self-love is interesting in its own right, theories of love should include it in their explanatory scope, and so it shouldn’t be seen as an outlier or some kind of limit case.

How do other views fare? The central image of union accounts is that of love building something new out of many; as a result, it’s hard to escape the consequence that love must be a relation between distinct people. Other views without this consequence could accommodate self-love more successfully. A view which characterizes love as an attitude directed at a beloved might do this. Filial love would be an attitude held by a child, directed at a parent. Self-love would be an attitude held by oneself towards oneself. There’s nothing in the notion of an attitude which implies that the subject and object of that attitude have to be distinct things.

But some philosophers sympathetic to those types of views continue to assume the distinctness of lover and beloved. Suppose you think that love is a very specific complex sort of emotion felt for a beloved. Some emotions can be felt towards oneself as well as towards others — frustration, for example. So why not love? Well, here’s Annette Baier (quoted, again, in the SEP article):

Love is not just an emotion people feel toward other people, but also a complex tying together of the emotions that two or a few more people have; it is a special form of emotional interdependence.

Here, love is not just a certain kind of emotion, but emotions felt by distinct people, reciprocated and woven together. (Are your emotions interwoven with your emotions? Are you interdependent with yourself? Well, yes…? But…) That’s very plausible, but it also seems either to rule out self-love as genuine love, or trivialize it. In their abstract character, these accounts can accommodate self-love, but once fleshed out, the details seem to force it out.

I’m not sure what to make of this, since I’m no expert in this area and so have no clue whether there are really any wider ramifications for the other theories out there. But I’d like to end by saying something on behalf of the union view.

Let’s go back to the Symposium for a bit and think about everyone’s favorite part: Aristophanes’s myth on the origin of love.

In the beginning, humans had four legs, four arms, two faces, and two sets of genitalia. They also had one soul. They were happy this way, but the gods didn’t like it, so they split each one in two. That’s why we all now have two arms, two legs, etc., as well as a belly button, the post-op scar to remind us of what we once had. But we also now have incomplete souls. Love is the yearning we feel to find, literally, our other half, our soulmate, with whom we once shared body and soul, so we might be whole again.

It’s no wonder this is the part everyone remembers from Symposium. (As far as I know, nobody has made a musical version of Socrates explaining what Diotima taught him. Feel free to correct me in the comments.) It’s a beautiful characterization of romantic love, it’s Plato at the height of his powers, but if you take wholeness at face value, it’s clearly defective as a metaphor for self-love for the reasons we’ve already canvassed. How could self-love be yearning when we’re already whole in ourselves?

Well, maybe we aren’t whole. In the most literal sense of wholeness and unity, sure, “Wherever you go, there you are.” That’s just plain old numerical identity. But in a more fundamental sense, most people are huge messes. For many people, being alone with their thoughts is torture — they’d rather give themselves electric shocks than sit quietly by themselves. If distraction is so important, even when you’re by yourself, what exactly are we seeking distraction from?

Aristophanes’s myth captures a significant aspect of love: a longing for integrity, having and holding something deeper than shifting appearances. Insisting on metaphysical unity as a condition for love might be weird, but it’s not far off the mark. And the nice part of this weakened version of unity is that it does capture a shared feature of love for oneself and for another, namely, a desire to keep together what might otherwise come apart.