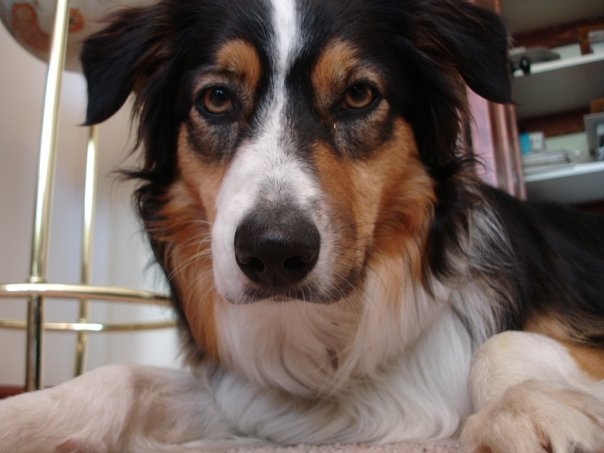 My family adopted its first and only dog in 2006, when I was 18. Even though I was technically an adult, Jack feels like my childhood dog. I write this now, 15 years later, to celebrate his life on the day after his passing.

I want most of all to record a debt to Jack. In 2007, I suffered a mental health crisis and dropped out of college. At home again, I wanted nothing more than to stay in bed all day, but someone didn’t let me. My mom would tell Jack to “go find Natey,” and he’d be there on my bed, wiggling his little Aussie nub of a tail. So, all-day sleep wasn’t an option. I’d have to wake up. 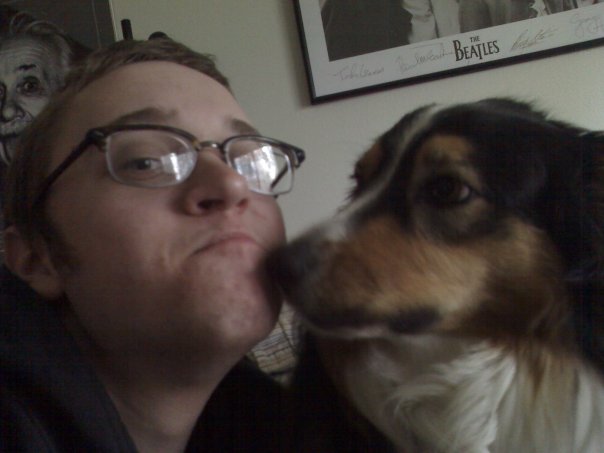 High energy breeds like Australian shepherds need a lot of exercise, so Jack got two big walks every day, and usually at least one of them would be a trip to the dog park. He had a lot of friends at the park: a blue merle mini-Aussie, an enormous Berner, a German shepherd that would trot around with huge tree limbs in his mouth. Those were his best friends, but really, he treated every dog as his friend. Our trips to the park quickly taught me to recognize the universal invitation to play: the play bow. There are deep bows with pregnant pauses to kick off a game of tag, or blink-and-you’ll-miss-it bows right before a bout of wrestling, or — well, there’s endless variety. I got to see them all because Jack got to perform them all.

That was Jack, always at the front of a pack of an epic dozen-player game of catch-me-if-you-can, always ready to make a new friend. 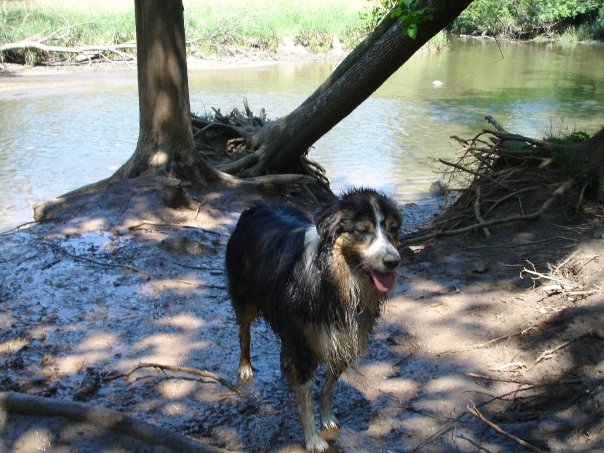 And bonding over dogs comes easy for everyone, even recluses, so bringing Jack to the park forced me out of my shell at a time when the shell really needed forcing.

Jack taught me a lot about dogs which I would eventually use again when Jourdan and I adopted Gemini. I learned a lot about positive reinforcement by teaching Jack using Karen Pryor’s techniques. By the time I moved back home, Jack had already learned basic obedience like sitting on command, but he was so food-motivated, and so smart, that we had no trouble at all figuring out other tricks. He learned to spin, roll over, and even play dead, which involved me pointing a finger-gun at him and saying, “Bang!” Jack would immediately roll onto his back, belly up, and toss his head back dramatically. “Ah, you got me!”

I last saw Jack in 2019. Even then, I could tell he was tired, but although it had been a long time, he still greeted me like an old friend. He still remembered me. My parents wanted to know if he would remember our old routine, so we gave it a try. I pointed the finger-gun and went, “Bang!” It had been so long, but after all that time — arthritis, torn ligaments, a greying muzzle — he did what he could. He flopped onto his side and tossed his head back. Both of us had changed so much, but neurons that fire together wire together. “Ah, you got me!” 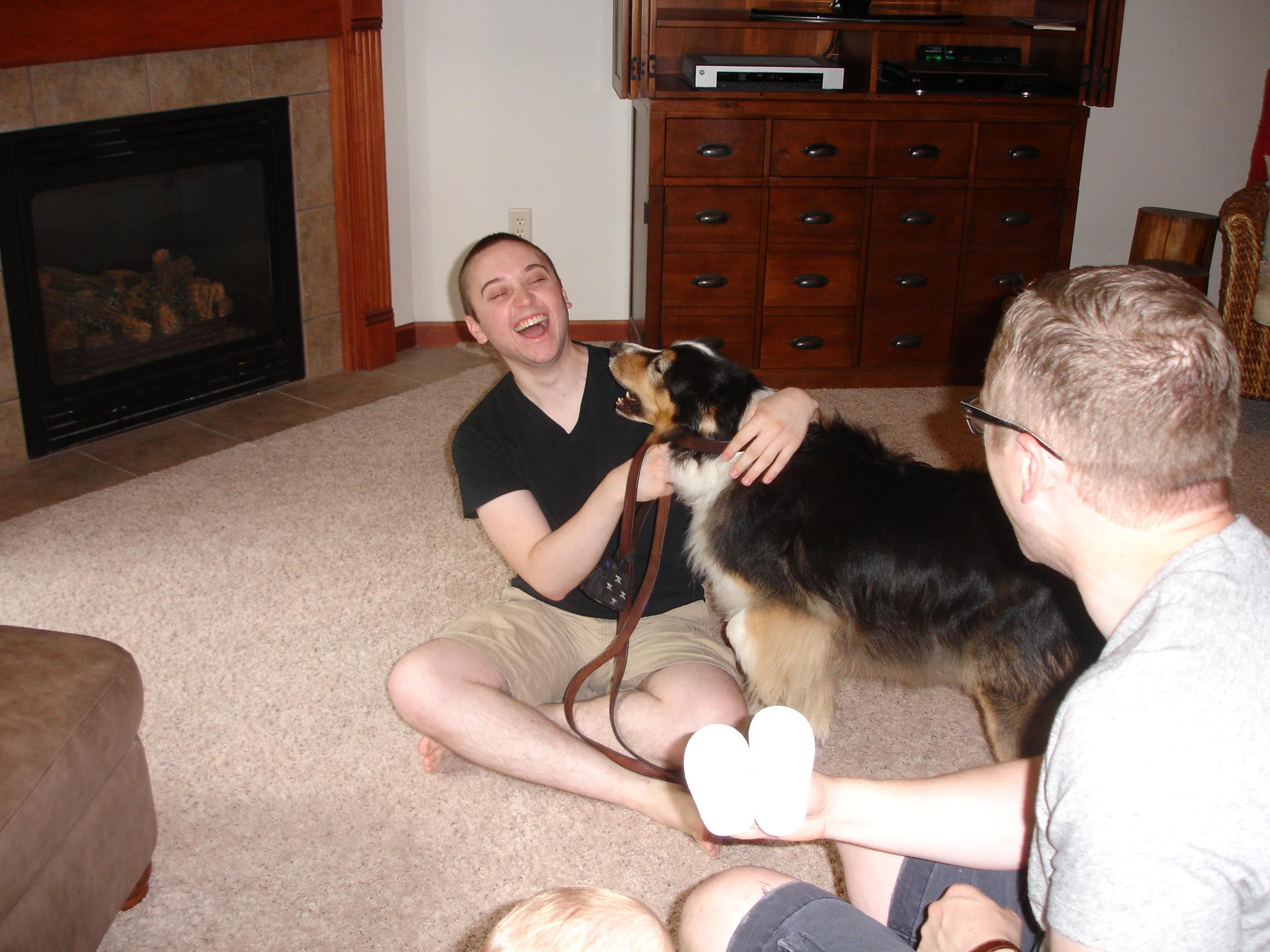 Part of the charm of dogs, I think, is that each one is so effortlessly and entirely themselves. Even if it occurred to Jack to try being other than what he was, he would never. Every day, he woke up and was 100% himself. Even in his sleep, sprawled on the tile floor in front of the A/C vent, he managed to express his personality in full. And he never wasted a day either. Whether he was napping, or playing, or smelling the flowers at the park, or barking at the deer that always walked through his yard, he poured his whole heart into whatever he was doing. This is the kind of sacred attention that humans spend years perfecting. 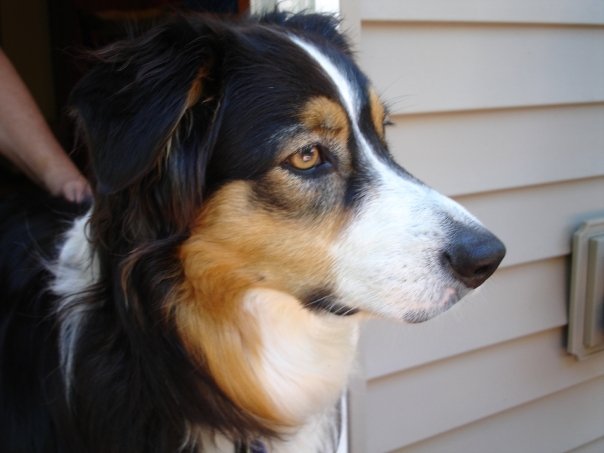 There is one story which I will always remember as the most Jack thing to happen. One evening in the dead of winter, we were home alone, and Jack gave me his “I gotta go” look. So I put on a sweater and my dad’s rubber gardening clogs, and clipped Jack’s leash to his collar. Only, instead of clipping his leash to the solid D-ring, I unknowingly hooked it onto the flimsy key ring that held his tags. When we stepped outside into the bitter cold, there happened to be a herd of deer crossing our yard. Jack pulled, and — PRING! — the ring holding his leash pulled apart, and off he went, a dog without identification into the snowy woods.

Oh my God, I thought, I lost the dog and now he’s going to die.

So I chased him into the woods, in completely inappropriate winter gear: rubber clogs, a sweater, and probably pajama pants for all I can remember. But I had so much adrenaline pumping through me that my wet feet didn’t matter. The only thing that mattered was finding the dog.

I don’t know how, but I had managed to stay not far behind him. This was confirmed when I stopped dead in my tracks and saw, on a slope maybe 30 yards away, a deer running from one side to the other, with Jack following close behind. Actually, that might have been Jack at a rare 200%, one of the few moments in his life that he got to really pull out all the stops and show a deer who’s boss. To my knowledge, he never caught the deer, but he did make the deer run.

It was hard to keep up the chase because it kept getting darker and the melting snow really did start to hurt my feet. I’m embarrassed to admit this, but I even called 911 to report that my dog was missing. I wish I could send flowers to the poor operator who had to explain to a hyperventilating teen that she couldn’t do anything about that.

Eventually, I ended up in the public park end of the woods, and it had turned officially into night time, the surrounding forest transformed into an alien moonscape. I didn’t know where exactly I was — I had never really been there before — my toes had turned into ice, and I was yelling my dog’s name.

And then the shadow was there, loup garoux charging through the drifts, cracking through the underbrush, huffing and puffing. Terrifying at first until I realized what it was. Jack found me, but he wouldn’t sit still and let me grab him. He wouldn’t stop. He kept dodging and twisting out of reach, and — was that a play bow? Well that was just too much, and I yelled at him, blustering through tears and snot, that we weren’t playing and this wasn’t a game and this wasn’t funny!

Well, he didn’t agree. I lost him, really and truly, and eventually I got picked up on the side of the road by my mom. Later, we found Jack sniffing around the front yard, probably where the deer had been, which is where my brother managed to tackle the horrible beast and carry him inside.

Now I feel like my muzzle is grey. Jack is gone. Once he was a puppy, a little bundle of energy dropped off at the animal shelter because his previous owners had just had a baby human and couldn’t handle a baby dog too. Somehow, we found him in the kennel with other dogs, with his little paws up on the chain link, and my parents gave him the best 15 years a dog could have, filled with walks, parks, friends, and cones of soft serve ice cream. (This is your friendly reminder to adopt, don’t shop.) 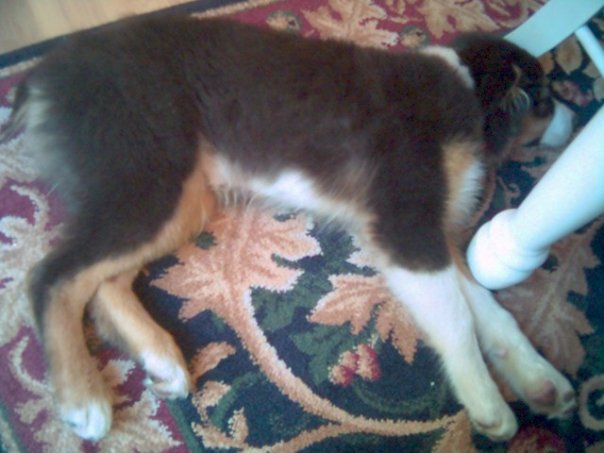 (The picture above is Jack as a puppy, when he was all goose down and didn’t have his flair yet.)

This isn’t really a regret, but I wish I could tell him thanks, and that I’m starting to come around to his point of view. Seriousness just doesn’t fit this life. We come from nothing, we have our fun, and we return to nothing. Why not bow to it? Why not play bow to it? 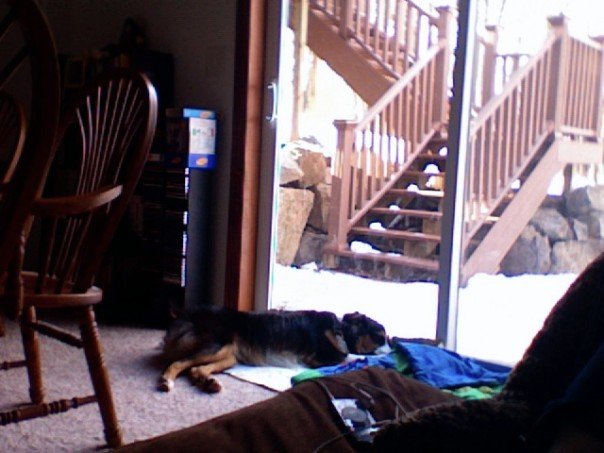 4 thoughts on “For Jack”