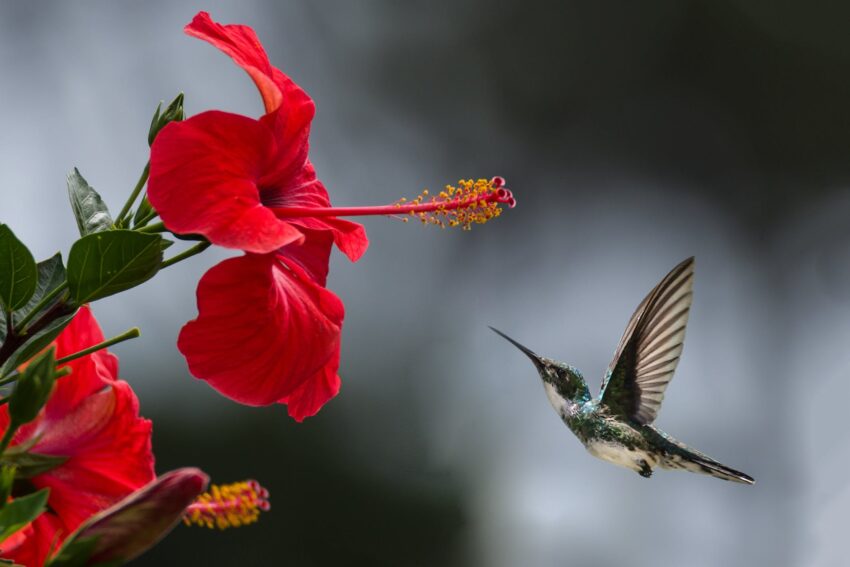 Hummingbirds can see into the ultraviolet spectrum, so that flowers that look vibrantly red to us look like neon signs to hummingbirds (probably understood as “SUGAR HERE”). So they can see things in a way we can’t. But we have enough scientific understanding to see things in ways that hummingbirds can’t, ways that allow us to infer, from a study of hummingbird physiology and behavior, perceptual capacities in the hummingbird. Does scientific understanding allow humans to outrun the capacities of other creatures? Do we see the world more clearly?

In a fairly obvious sense, humans have many capacities and skills that other creatures don’t. We make tools, for example, although many of our non-human neighbors do as well, to some extent. But we can also make cognitive tools, new procedures, new conceptual tool kits, new instruments for understanding the world and each other. Science allows us to do better at things we would otherwise do haphazardly.

But my question is whether humans see the world more clearly, period, than any other creature. Is there a sense in which human beings have a better view, a more accurate view, of how things really are? I’d like to say that while the question is grammatical, it has no answer. It’s confused.

I take my cues here from a thread that runs throughout Fellow Creatures by Christine Korsgaard. Since I find her view pretty compelling, I’ll sum it up briefly here. A lot of people think it’s permissible for humans to use animals as they see fit, because humans are more important, period, than the other animals. But, Korsgaard points out, what “more important” amounts to isn’t very clear. Nothing is just plain important from the point of view of the universe; something can only be important to someone. So we can’t really say that humans are just plain more important than other animals, since there’s no such thing as just plain importance. Humans might be more important than other animals to us humans, but that’s not very impressive and it doesn’t tell us why we’d be permitted to use animals as we please anyway.

The point here isn’t to argue that importance is relative or unreal. We only have to see that the importance of something is “tethered” (as Korsgaard puts it) to a perspective. And I suspect that clarity is tethered to a perspective, too, so that when we ask whether humans see more clearly than other animals, we’re asking a confused question. There is no perspective-transcendent sense in which humans come closer to seeing how the world really is than other animals.

A scientific endeavor can do much better at helping us cope with reality than other scientific endeavors; we can discover deeper, more powerful explanations for natural phenomena through careful study. But that’s an apples-to-apples comparison, within human activity. If we try to make a perspective-free comparison between human understanding and hummingbird understanding, we get a syntax error. Humans probably know more about flowers than they ever have. But who’s closer to the truth about flowers: humans or hummingbirds? There’s no answer.

I’m not a huge fan of this idea, but it’s hard to avoid. Hummingbirds see flowers as clearly as they need to. They are frighteningly efficient at moving through their environments. There’s a perfectly good sense in which they could improve, but no sense in which humans represent that improvement, or a version of improvement. Clear seeing is a tethered notion, too, like importance.

I’m not sure what the general lesson here is, but I’ll leave off here for now with a couple of fish tales.